Father's Day is coming up on Sunday, June 16 and I have ten great picture books to share or display at your library. 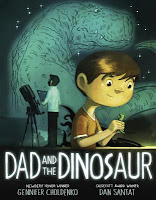 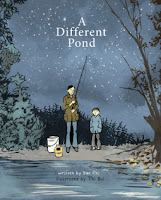 Dad and the Dinosaur by Gennifer Choldenko, illustrated by Dan Santat. (Putnam, 2017). Nicholas is scared of lots of things, but having his toy dinosaur nearby helps him face the world. When his dinosaur goes missing, Nick must count on his dad's help to face his fears. This is a really sweet story about a father's power to encourage.

A Different Pond by Bao Phi , illustrated by Thi Bui. (Capstone, 2017) Bao and his father go to the pond early in the morning to try to catch fish for their family's food before his father head's off to his second job. And as they fish together, Bao's father tells him about a pond he fished at when he was a boy in Vietnam. This is a beautiful, quiet story about the power of family. 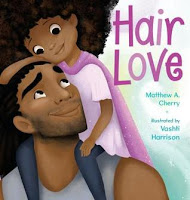 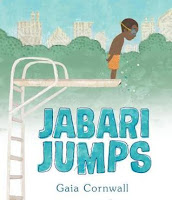 Hair Love by Matthew A. Cherry, illustrated by Vashti Harrison. (Kokila, May 2019) Does anything show fatherly love better than a father willing to work and work at getting his daughter's hair just right? I love the expressive illustrations in this adorable picture book.

Jabari Jumps by Gaia Cornwall. (Candlewick, 2017). When Jabari is unsure about jumping off the high diving board at the pool, it just takes some encouraging words from his father to give him the courage to take the plunge. 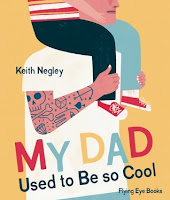 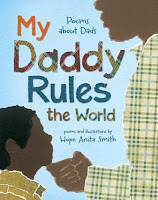 My Dad Used to Be So Cool by Keith Negley (Flying Eye Books, 2016). A young boy looks at his dad's tattoos and imagines all the cool things his dad used to do, like playing in a rock band and riding a motorcycle. This is an ode to all the "cool dads" out there, or dads who like to think they're cool, anyway.

My Daddy Rules the World: Poems About Dads by Hope Anita Smith. (Henry Holt, 2017). This collection of poems celebrates all kinds of dads, from dads who snore to dads to cook breakfast to dads serving overseas. Some funny, some poignant, this collection has a little something for everyone. 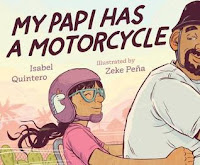 My Papi Has a Motorcycle by Isabel Quintero, illustrated by Zeke Peña. (Kokila, May 2019) Daisy Ramona takes a ride on her papi's motorcycle all around their neighborhood and visits all her favorite places. As they ride together, Daisy notices that her neighborhood is changing, but one thing will always be the same: her love for her father.

Don't forget the grandpas! It's their day, too! 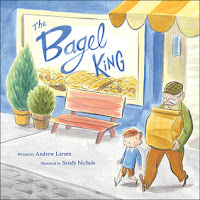 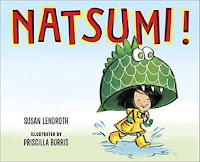 The Bagel King by Andrew Larson, illustrated by Sandy Nichols. (Kids Can Press, 2018). Every Sunday morning Eli's zaida goes to the bakery and gets bagels for everyone. But when zaida falls and the doctor insists he has to rest, Eli must take things into his own hands. This is a charming story about one boy and his grandpa and the community around them.

Natsumi! by Susan Lendroth, illustrated by Priscilla Burris. (Putnam, 2018). Natsumi is sometimes a little... much. But her grandfather is always patient and accepts her as who she is. When he introduces her to a new hobby, he knows just what will suit her. 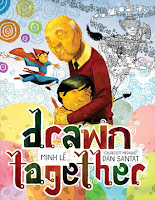 Drawn Together by Minh Lê, illustrated by Dan Santat. (Disney-Hyperion, 2018) When a young boy visits his grandfather, they find it hard to communicate because they don't speak the same language. When they sit down to draw together, they find that art is a different way they can communicate. I love Dan Santat's brilliant illustrations in this book that shows that love is stronger than language barriers.