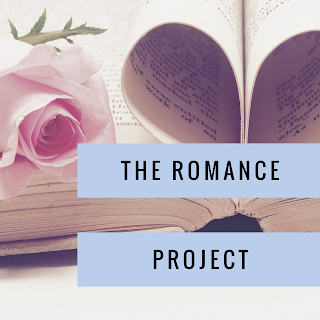 It's time for another update on my Romance Project! In 2019, I started a project to read more romance novels in order to become more familiar with this super popular and fast-growing genre. I posted my first update a couple of months ago and it's time to update you again with the titles I have been reading and enjoying. If you have suggestions for titles or authors I should read (particularly LGBT titles - I would love to read some in honor of Pride Month!), let me know in comments!

(Please note that although this IS #MiddleGradeMay, these are decidedly adult titles and NOT middle grade!)

My first Alyssa Cole for the Romance Project and it won't be the last! I really enjoyed this modern romance with a strong, STEM-focused female lead. When Naledi starts getting emails claiming that she's betrothed to the prince of an African country, she's sure she's getting scammed. Meanwhile, Prince Thabiso is trying to track down the woman he's been betrothed to since they were children since his parents are insisting that he marry soon. It's an enjoyable romp that includes epidemiology and a private plane, so yes, please.

Josh & Hazel's Guide to Not Dating by Christina Lauren (Gallery, 2018).

This book has made me a huge Christina Lauren fan and I'm going to now seek out all their books. This modern romantic comedy stars Hazel - a wild and wacky 3rd grade teacher who knows she's a little much sometimes - and Josh - a focused physical therapist and brother to Hazel's best friend. Hazel and Josh know they're nothing alike and completely undateable, but when Josh catches his long-term girlfriend cheating on him and Hazel tries to cheer him up, they spark up a friendship. This is a fun and funny steamy romance with such loveable characters that I couldn't put it down. This would make a great beach or airplane read.

Nine Rules to Break When Romancing a Rake by Sarah MacLean (Avon, 2010).

Now this is a historical romance that I really enjoyed with a feminist slant and a heroine with a true sense of agency. Having entered the "spinster years" of her late 20s, Lady Calpurnia has all but given up on marriage. When her little sister happily announces her engagement, Callie starts to wonder what her impeccable reputation is doing for her if she's never going to be married. So, at her brother's urging, Callie starts a list of activities she would do if she was not worried about her reputation. Activities that a lady would NEVER do. Things like shooting a gun, drinking whiskey, and fencing. And then Callie starts to check activities off the list. This book was recommended to me by romance readers for a more feminist historical romance and it definitely checked all the boxes!

See, I told you that wouldn't be my last Alyssa Cole, and I enjoyed this one even more than the first Reluctant Royals book. This standalone sequel features Ledi's best friend Portia who is tired of being a fuck-up. When she gets the opportunity to apprentice at an armory in Scotland, she takes it and decides to debut the New Portia - no drinking, no men, just concentrating on her career and not letting anyone down. But she definitely didn’t bargain on a smokin’ silver fox of a boss and the instant connection they would feel... and she DEFINITELY didn't bargain for the fact that he would turn out to be the lost lost heir to a dukedom.

Have suggestions for me? I'd love to hear what titles and authors you recommend! Particularly LGBT, but any suggestions welcome!
Abby at 7:11 AM
Share
‹
›
Home
View web version