In My Mailbox is a weekly meme hosted by The Story Siren in which bloggers spread the word about new releases and the books they plan to read by posting about the books they receive in their mailboxes (or at the bookstore, from the library, etc.) each week.

I didn't think any books were coming this week, but then I got a nice box from Charlesbridge with the following titles: 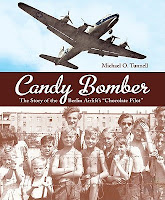 This is a true story of chocolate, bubble gum, and hope. World War II was over, and Berlin was in ruins. US Air Force pilot Gail Halvorsen wanted to bring some happiness to the children of the city - but what could one man in one plane do? 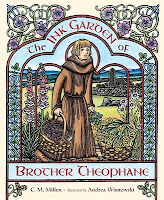 Theophane worked at his simple brown desk, writing simple brown writing like all of the rest. But Brother Theophane isn't like the other monks. Sometimes he can't help but stare out the window and daydream. He knows there's more to life than brown ink, brown words, and brown books. If only he could open his brothers' eyes to the color and beauty of the world... 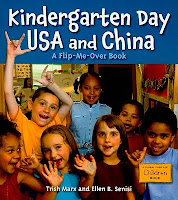 With bright color photos, this book looks at a day in an American kindergarten. Flip the book over and you see a day in a Chinese kindergarten!

And that was my mailbox this week! What did you get in your mailbox?