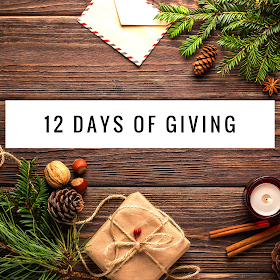 I'll be posting themed book lists with book giving ideas for a variety of ages and interests every day Dec. 1 - 12. Check the label Twelve Days of Giving for all the lists. I'm an IndieBound affiliate, so if you buy books through the links on this site you're not only supporting an independent bookstore, you're supporting me, too!

If you're shopping for fantasy fans this holiday season, this list is for you! Depending on the type of fantasy your reader loves, you may also want to check out the Mythology Mania list - there are some great Percy Jackson readalikes on there.

Akata Witch and Akata Warrior by Nnedi Okorafor (Viking, 2011 and 2017). Buy this for your middle school Harry Potter readers looking for a magical fantasy. I just love the world-building and the magical community set in modern day Nigeria. Sunny was born in America but her family has returned to Nigeria where Sunny discovers that she is part of a magic community known as leopard people. Her magical training can't start soon enough because she and her friends will be facing a super magical baddie, a serial killer who kills children. Don't skimp on this one - buy 'em both for greater reader satisfaction (we had to wait SIX YEARS for the sequel!).

The Girl Who Drank the Moon by Kelly Barnhill (Algonquin, 2016). Every year, the villagers put out a baby as a sacrifice to the witch who lives in the woods. And every year, the witch sets out on a quest to save the baby that the villagers abandon for some reason. But when the witch accidentally feeds one of the babies moonlight instead of starlight on the journey, magic begins to grow inside the child. To protect Luna, the witch binds the magic tightly, but now Luna's coming of age and it's time for her to start protecting those who have always protected her. This is a rich, compelling magical story with wonderful, endearing supporting characters. This standalone is a sure bet for middle grade fantasy fans. 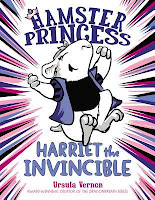 Harriet the Invincible (Hamster Princess series) by Ursula Vernon (Dial, 2015). This series is so cute and great for fans of funny fantasy adventure, particularly fans of fractured fairy tales and/or highly illustrated books. When Harriet's parents tell her about the curse placed on her at birth - she will prick her finger on a hamster wheel on her twelfth birthday and fall into a deep sleep - Harriet is thrilled. She knows that curses are powerful magic and this one guarantees that she will live until her 12th birthday, so she sets off to live the life of adventure she's always wanted. Each book in this series gives a fresh take on a classic fairy tale and they're laugh-out-loud funny.

Children of Blood and Bone by Tomi Adeyemi (Henry Holt, 2018). Zelie lives in a world without magic, a world where her people were persecuted after the magic disappeared. But now she has a chance to bring the magic back. She'll only have to risk everything. This is an absorbing fantasy novel that will please fans of epic fantasy adventure.

The Reader (Sea of Ink and Gold trilogy) by Traci Chee (Speak, 2016). Set in a world without reading, Sefia discovers a magical, forbidden object - a book - that helps her on her quest to find her kidnapped aunt, the only surviving member of her family. This is a richly imagined fantasy that will definitely appeal to teens who appreciate the magic of the written word. The last book in the trilogy is out now, so scoop up all three to prevent cliffhanger desperation.

Spinning Silver by Naomi Novik (Del Ray, 2018). Naomi Novik is a must-read for me and her latest fantasy novel is a great bet for readers who love fairy tales. This richly imagined retelling of Rapunzel features a kick-ass heroine and a detailed, absorbing wooded setting. Miryem is the daughter of the moneylender, but her dad's too soft-hearted to be any good at it and her family lives in poverty until Miryem takes matters into her own hands. It turns out that Miryem is really successful as a moneylender. Maybe too successful, as she attracts the attention of the creatures that haunt her wood and start demanding that she turn silver to gold for them. Readers who love a detailed tapestry of a book will love this one. It'll make for great fireside reading this winter.

Make your holiday giving magical this year for your favorite fantasy fans!
Abby at 7:11 AM
Share
‹
›
Home
View web version