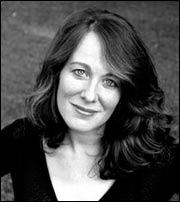 As y'all know, I've been hosting some very special authors this month in honor of National Novel Writing Month.  We're halfway through the month (how's your word count?)  Today I have the pleasure of hosting Laurel Snyder, author of several children's books including the recently released Penny Dreadful (Random House Books for Young Readers, 2010).

My involvement with NaNoWriMo actually began when I was asked to send them something, as an author, for the Young Writers' Program. They wanted to me to offer some personal inspiration for writer's block, and I sent this:  http://ywp.nanowrimo.org/node/501138.    I remember being  amazed at the resources they offered to  kids. The experience was great.  I patted myself on the back for participating as a mentor of sorts.


But when, only a year later, I found myself getting ready to start a new novel in October, I was a little scared to  try the NaNoWriMo experience as a participant.  I knew that if I was going to nudge kids into sticking with the system, I should be able to do it myself. Yet  I remember being pretty intimidated.


For me, the hardest part was just learning to write FAST!  I started my writing career as a poet, and I tend to work slowly, word by word. I'd never really measured myself for speed/length before.  Often, on any given day, my WIP actually shrinks. So the idea of measuring in word count was mildly terrifying.  But I kept at it.  And it was a really good lesson for me.  I learned to work in solid stretches. To keep my butt in the chair.

Of course, Penny Dreadful changed dramatically after NaNoWriMo ended.  I rewrote the book several times.  But the great lesson for me was simply that I can do that-- can write fast and sloppy, work like a fiend, and then let go of my mistakes.  It's a hard thing to learn, but well worth it. In a sense, NaNoWriMo taught me that any month can be NaNoWriMo.


Laurel grew up in Baltimore and now lives in Atlanta, GA.  She's a graduate of the Iowa Writers’ Workshop, a former Michener-Engle Fellow, a commentator for NPR's All Things Considered, and, most importantly, a mom.


Thanks so much for stopping by, Laurel!
Abby at 7:11 AM
Share