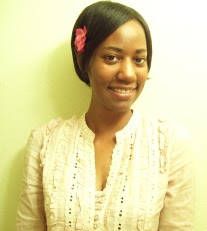 It's that time again!  Time for another jolt of NaNoWriMo inspiration and I'm pleased to welcome Dia Reeves, librarian (!!!) and author of the 2010 YA debut Bleeding Violet (Simon Pulse, 2010) and the upcoming Slice of Cherry (Simon Pulse, 2011).  Dia lives near Dallas, TX.

I did my first NaNo in 2005 with the first book I ever wrote and finished, which was Bleeding Violet. I won that year and went on to publish that book (but only after two and a half years of revision). In 2008 I did NaNo again with Slice of Cherry, which is about to become my second published book (it comes out in January). I consider NaNo to be a good luck tradition when it comes to me and my books, and that's why I'm entering again this year with book number three.
Writing fifty thousand words in thirty days isn't the easiest thing in the world to do, though. People tend to write their beginnings really easily, but then once that initial excitement wears off, they find themselves at a loss and with no idea what to write next. What I do to combat that mid-novel slump is this: In October, I come up with my master list. I write down thirty scenes that I need in my novel on just one sheet of paper, and each day in November I pick a scene and write. That way, come November 15th, I don't run out of gas and end up staring blankly at the computer.
Even though October is over and NaNo is upon us, I think writing down a list of scenes is still something people can do if they find themselves stuck. It's certainly much more effective than yelling at your computer or throwing pieces of Thanksgiving turkey at it. Trust me on that one, and happy writing!
So, NaNovelers, if you feel yourself starting to run out of steam, take a hint from Dia and spend some time jotting down the scenes you want to write.  The month is still young!  You can do it!
Thanks for stopping by, Dia!
Abby at 7:11 AM
Share