In My Mailbox is a weekly meme hosted by Kristi at The Story Siren! Head on over there to see what books bloggers received in the mail this week.

I've been a lucky little blogger this week - many great books in the mail! Here's what I received: 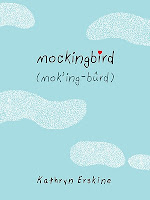 In Caitlin’s world, everything is black or white. Things are good or bad. Anything in between is confusing. That’s the stuff Caitlin’s older brother, Devon, has always explained. But now Devon’s dead and Dad is no help at all. Caitlin wants to get over it, but as an eleven-year-old girl with Asperger’s, she doesn’t know how. When she reads the definition of closure, she realizes that is what she needs. In her search for it, Caitlin discovers that not everything is black and white—the world is full of colors—messy and beautiful.


Summary from ARC: What if fairy tale magic really existed?

Elizabeth's after-school job is far from ordinary. In her workplace, the New York Circulating Material Repository, some things are modern, others are ancient, and a guarded few are secret - for in the basement lies a room of magical items straight out of the Brothers Grimm fairy tales. Just as Elizabeth starts to accept that things like seven-league boots and a sinister mirror that talks in riddles could actually be real, she discovers that the treasures have been disappearing. Not everyone can be trusted with magic, after all, and soon she's caught up in an exciting - and dangerous - adventure.

The Books of Elsewhere: The Shadows by Jacqueline West. Dial Books for Young Readers, June 2010.


Old Ms.  McMartin is definitely dead, and her crumbling Victorian mansion lies vacant. When eleven-year-old Olive and her dippy mathematician parents move in, Olive's right to think there's something odd about the place - not least the walls covered in strange antique paintings. But when she finds a pair of old glasses in a dusty drawer, Olive discovers the most peculiar thing yet. She can travel inside these paintings to Elsewhere, a place that's strangely quiet... and eerily familiar. Olive soon finds herself ensnared in a plan darker and more dangerous than she could have imagined, confronting a power that wants to be rid of her by any means necessary. It's up to her to save the house from the shadows, before the lights go out for good. 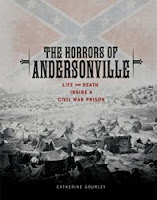 The Horrors of Andersonville: Life and Death Inside a Civil War Prison by Catherine Gourley. Lerner, April 2010.


The Confederate prison known as Andersonville existed for only the last fourteen months of the Civil War - but its well-documented legacy of horror has lived on in the diaries of its prisoners and the transcripts of the trial of its commandant. The diaries describe appalling conditions in which vermin-infested men were crowded into an open stockade with a single befouled stream as their water source. Food was scarce and medical supplies virtually nonexistent. Designed to house 10,000 Yankee prisoners, Andersonville held 32,000 during August 1864. Nearly a third of the 45,000 prisoners who passed through the camp perished. At the end of the war, outraged Northerners demanded retribution for such travesties, and they received it in the form of the trial and subsequent hanging of Captain Henry Wirz, the prison’s commandant. Relying heavily on first-person reports and legal documents, author Catherine Gourley gives us a fascinating look into one of the most painful incidents of U.S. history.

And I got a box of books from Bearport, too! 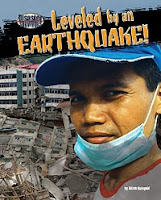 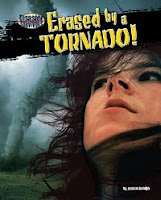 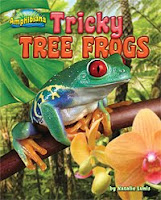 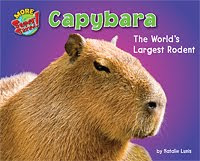 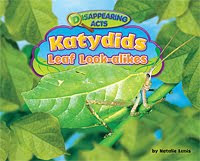