Around the Interwebs: Finishing Up 2009 Edition 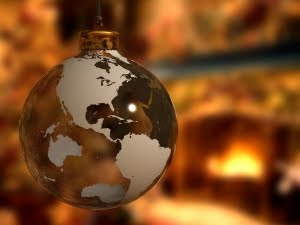 (First of all, can I just say that I know I am WAY LATE to the game, but I have set up a Delicious account and the Firefox add-ons and I am loving it!)

Speaking of being way late to the game, back in October SLJ reported on the finalists for the American Association for the Advancement of Science Prizes for Excellence in Science Books for children and young adults (say that ten times fast, I dare you). Winners will be announced in January (which is, y'know, like next week).

And you know what I'm going to be doing next week (along with a bunch of my fellow bloggers)? Blogging about Jon Scieszka, our soon-departing National Ambassador of Children's Literature. While we all wait with bated breath to see who the next Ambassador will be, let's say goodbye and thanks to Jon by doing what we do best - blogging. Franki and Mary Lee have posted the call over at A Year of Reading: blog about Scieszka on Monday, January 4 and then head over there for the round-up.

You know what I'm not going to do next week (apparently)? Weed the Baby-Sitters Club Books*. Scholastic is publishing a BSC prequel in the hopes of attracting a new generation of readers. I can tell you right now that I will be one of those "older fans" checking out the prequel, most def. As to whether the move will rekindle interest in the series... that remains to be seen. (Also, didn't they kind of already try this with the BSC graphic novels? Not that I'm complaining... Claudia's my favorite, how 'bout you?) Link via @LizB.

Since we're wrapping up the year, 2009 Wrap-Up Posts abound, but I particularly liked Becky's collection of the Best First Lines of 2009. I also particularly liked Travis's 2009: The Year in Miscellanea. The line that made me laugh out loud:


Nothing says “this book contains vampires and/or zombies” more than a black cover with a mysterious image. And the trend is spreading. Seriously, take a look at the YA section of your local bookstore – it’s like they turned the lights off.


Starting a blog? Thinking about starting a blog? Even if you've been blogging for years, you might pick up some good tips over at The Story Siren where Kristi has compiled all her blog advice posts. Definitely worth a look, even for seasoned bloggers.

And yes, Christmas is over, but you can keep this activity going all year 'round: over at Booklights, Terry suggests writing letters (to Santa) as an early literacy activity. (And yes, writing is part of early literacy!)

And Jacket Whys pointed me to a fascinating blog by book cover designer David Dummond. If you've ever wondered what goes into creating book covers, do check it out.

And on that note, I'm out. Everyone, have a safe and happy New Year's Eve! It's been a wonderful year blogging with all of you and I have high hopes for 2010 being the best year yet.

*Not that I was necessarily going to weed the BSC books next week, though we have given some thought to whether they would really be missed from our paperback series section...