Taking Off My Manager Pants 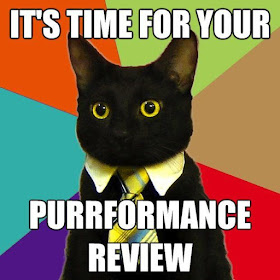 That's because there have been some changes going on!

Let me start at the beginning...

When I was in library school, one of the required courses was a management course. I thought this was ludicrous; I had no interest in getting into management. I took the course, but repeatedly said to everyone that I would never be a manager.

My first job out of grad school was up near Chicago. After a few years there, I started to look for something closer to my hometown and my family. The job that came up? A manager position. Library jobs around my hometown are scarce, particularly jobs that pay you enough to live as a single person. I didn't know if they would hire me; I didn't have any management experience.

But they did hire me. Suddenly I was in a manager position.

I know lots of you are in a similar boat. You're a great youth services librarian and the only place to move up in your organization is a management position. You feel like that's the next step, so let's do that. Does that mean you suddenly have a passion for managing people? For mentoring and coaching and all the things that come with a management job?

Maybe it does! That's awesome! But sometimes not. And for me, it did not. It took a long time for me to really realize that and longer still for me to come to terms with it and to be okay with it. It was fine for awhile, as I concentrated on building up our program schedule and making connections for outreach: manager work that needed to be done to get us up to speed, but that was still the librarian work that I loved. However, when a new director came in and started really working with the leadership team and providing training and workshops and development for us, I started to panic.

I felt like I had NO TIME to incorporate all the things that I was supposed to be doing as a manager, mentor, and coach. I felt like I would have to work 60-80 hour weeks to get all my manager tasks done in addition to all the other things I was responsible for. I realized that the reason that I had no time was because I was still also doing all the work of a front-line librarian and that the thought of giving up those tasks to do the true work of a manager broke my heart.

Honestly, it took breaking down at the Power Up: Youth Services Leadership Conference to really start to take a hard look at why I was so unhappy. Gretchen Caserotti asked me why I wouldn't consider seeking a director position and I told her "Because it would be all the parts of my job that I hate and none of the parts that I love." I burst into tears whenever someone asked me how I was doing. HELLO. I was in the wrong job.

So, I gathered up my courage and I went to my administration and I told them that I would love to stay with our library but that I wanted to step down from my management position. I wasn't sure how it would go. I wasn't sure if they had a role for me other than my current role. I cried the entire morning before I went in for my meeting with them, rehearsing what I was going to say. But I wanted to stay, so it was worth a shot.

I have an incredibly supportive and understanding administration team. They listened to what I had to say. They readily acknowledged that many people find themselves in management positions when they don't really want them. I felt like a fool for taking eight years to figure this out, but they applauded me for figuring it out at all. They told me that they would work with me, that it would take a little time to figure out what we could do, but that we could do something.

Just hearing that made me feel so much lighter. And now, our library is undergoing a major restructure (which was in the works before I approached them) and I'm stepping into a new role as the Collection Development Lead. Which is pretty much my dream job.

I am proud of the work that I did as the Children's Manager and then Youth Services Manager at my library. Together, my staff and I made great strides forward with our department. This new role doesn't change any of that. This change doesn't mean I love the people I work with any less. I am thrilled to continue to get to work with them in a different capacity and to see where they take our library's youth services next. I know it will be awesome.

Changes are coming as we transition to our new staffing structure. And I'll just be over here taking off my manager pants and putting on some new pants. I think they'll feel great.
Abby at 3:54 PM No comments:
Share
‹
›
Home
View web version